Brussels - Delhaize is committed to offering fresh fish caught by Belgian fishermen as and when possible so as to provide further support for local Belgian fisheries and to highlight the quality products of the North Sea. At the same time, the decision contributes to reducing CO2 emissions further thanks to the proximity of Belgian ports and the avoidance of extra transport. Regrettably, the range and volume of fish that Delhaize offers cannot be supplied by Belgian fishermen alone. However, Delhaize is committed to making the rest of its fresh fish assortment CO2 neutral too.

Delhaize pulls out all the sustainability stops and that applies to its fish range also. The entire assortment of fresh fish has been caught for years using sustainable fishing techniques with as little bycatch as possible and with minimal impact on the marine flora and fauna. Overfished species were also excluded from the assortment.

Delhaize is now going a step further and opting to work with local Belgian fishermen as much as possible whilst making sure that its entire assortment is CO2 neutral from now on. 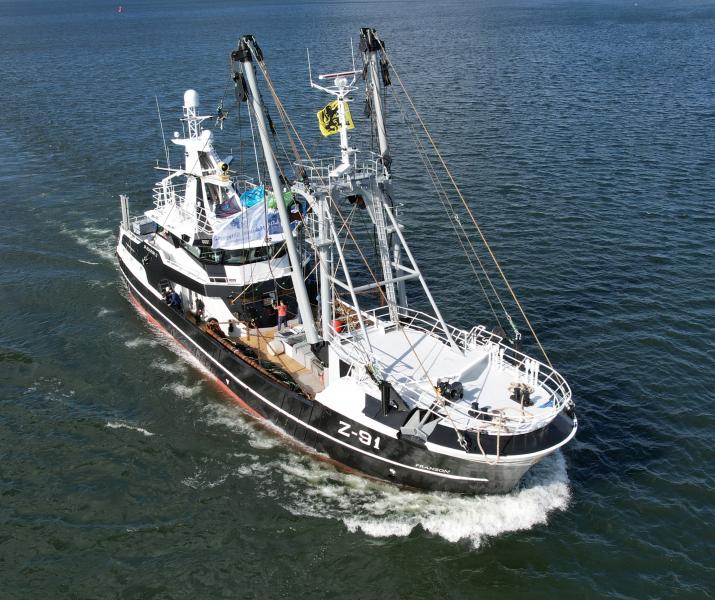 Belgian sea fishing is synonymous with local, high-quality products. Delhaize has been calling on the expertise of these fishermen for years to offer the best of our North Sea. It is now going a step further, undertaking a commitment to give preference to the products of Belgian fishermen when buying fish, in the first place to those with Fishery Sustainability certification. For sole, plaice and ray, the three most popular types of fish, Delhaize will opt as much as possible for Belgian origin when buying. This comes to about 10% of the total volume of fish that Delhaize sells annually. This commitment was possible thanks only to the constructive cooperation that led to the signing of a cooperation charter by and between the Belgian Shipowners’ Centre, the Flemish Fish Auction, and various suppliers.

It is not just a conscious choice for Belgian fisheries. Delhaize is also launching some ten new prepared fish products such as fish salads, soups and prepared meals that are made from what is known as “bycatch.” These are fish species that also end up in in the fishing nets alongside sole, plaice and ray, albeit usually with a lower market value. The catch is thus used optimally, with less food waste, whilst the expertise of Belgian fisheries is highlighted.

Delhaize is opting for the 65 existing Belgian fishing boats more than ever before and is thus helping to support a sustainable future for this sector. At the same time, this choice also results in saving 250 tonnes of CO2, as extra transport from a foreign port is avoided.

The choice for Belgian fishermen is also an ecological choice: the less CO2, the better for the environment. But the volumes available from Belgian fishermen and the fish that live in the North Sea are too limited for the fish range. For salmon, cod and other popular fish species we have to rely on international fishing waters, and we assume our responsibility for the planet on this front as well. From now on, the entire range of fish at Delhaize will be 100% CO2 neutral. That amounts to almost 25,000 tonnes of CO2 that will be avoided through reduction and offsetting measures. The reduction is due mainly to the choice of Belgian fish (250 tonnes of CO2 less per year), but also to a sustainable fishing technique of line fishing for cod and haddock that saves almost 500 tonnes of CO2 per year. The transport from abroad is offset by supporting an international project in Nigeria where what are known as Gyapa cooking stoves are purchased for the local population. These small ceramic cooking stoves require less charcoal, so less wood is needed for cooking. The result: 50% less use of charcoal, 50% less deforestation, and therefore 50% less CO2 emissions.

This project is not a one shot deal but part of a broader programme. In 2019 Delhaize launched “The Lion’s Footprint”, an ambitious sustainability plan with which the company is 100% committed to the environment and thus wants to reduce its ecological footprint. This plan comprises 3 major parts: an ambitious goal to achieve plastic neutrality, reduce (food) waste, and be carbon neutral by the end of 2021.