Malawi is a landlocked country in southern Africa. Its expending population is very dependent on wood fuel for food preparation, which leads to widespread unsustainable forest exploitation and degradation. To combat this, CO2logic is collaborating with United Purpose and Livelihoods Funds to set up and monitor a new cookstove project in Zomba and Machinga, two districts in southern Malawi. The project will last for 10 years and aims to reduce a million tons of CO2e emissions over this period, which is equivalent to cancelling the emissions of more than 11 000 Belgians during the same time period! This will be accomplished by distributing and maintaining/replacing so called “Chitetezo Mbaula” improved cookstoves, a technology that makes the burning of wood and the heat transfer from the fire to a pot or pan 30-60% more efficient (see also How do cookstove projects generate carbon credits?).

In total, 60.317 cookstoves will be distributed using two programs: the Social Cash Transfer Program, where cookstoves are given to the poorest households, and a commercial program, where people can buy a cookstove. To encourage people to buy the stoves, two incentives will be provided:

CO2logic and her partners organized local stakeholder meetings in September to inform the participants about the different aspects of the projects and gather their feedback and comments about it. These meetings help us to finetune the project and are an important part of the reporting process demanded by Gold Standard. We are looking forward to a good collaboration with our partners and the local communities and will keep you updated! 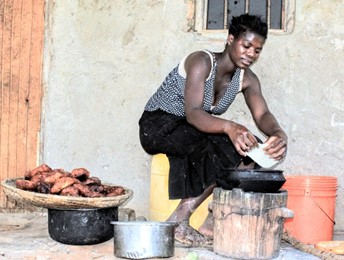