CO2logic is proud to have assisted Bpost in defining new long-term CO2 emission reduction targets that are in line with the science and the climate objectives of the Paris Agreement.

These ambitious objectives have been endorsed by the Science Based Targets Initiative at the end of 2018. Therefore, bpost is one of the first Belgian companies to have such an ambitious commitment, which consists in reducing its absolute Scope 1 and 2 emissions 20 % by 2030 from a 2017 base-year. Bpost also commits to reduce absolute Scope 3 GHG emissions from Subcontracted Transportation and Distribution 20% by 2030 from a 2017 base-year.

To reach these ambitious targets, bpost has elaborated, together with CO2logic and other partners, an ambitious plan, described hereunder: 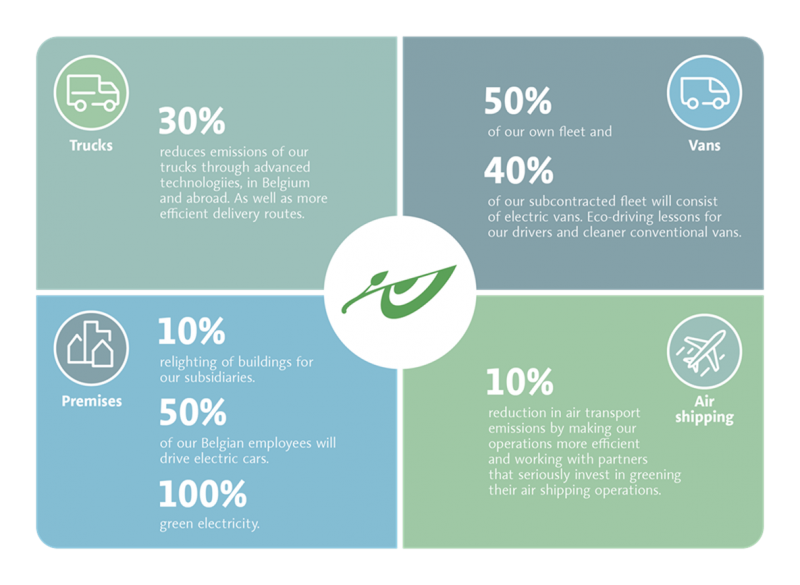