Since 2017, CO2Logic, in collaboration with WWF, oversees the EcoMakala project in Virunga National Park in Democratic Republic of Congo (previously named National Parc Albert founded by the Belgian king Albert in 1926 as the first National parc in Africa). The two parties work together towards a sustainable charcoal (‘makala’ in Swahili language) production and more efficient consumption habits in the North Kivu region. The project is divided into three activities. The first concerns the sustainable development of energy wood supply through reforestation of fast-growing trees dedicated to charcoal production. The goal is to plant 20,000 ha of trees, i.e. the surface required to ensure the wood consumption of the city of Goma. WWF ensures appropriate assistance to the tree-planters. The second part of the EcoMakala project consists of the transformation of the wood to sustainable charcoal using more efficient technology (improved kilns). This EcoMakala is introduced on the market as an alternative to unsustainably and illegally sourced charcoal from the Virunga National Park. Last aspect of the project concerns the distribution of improved cookstoves to the households of the city of Goma. Compared to the traditional ones, those handcrafted metallic stoves are significantly more efficient as around half of the charcoal is needed to ensure the preparation of the meals. Hence, they contribute to the reduction of the charcoal consumption as well as the deforestation of the Virunga National park.

The three aspects of the project contribute to the mitigation of GHG emissions. The reforestation activities are registered under the Gold Standard project GS5618 EcoMakala Virunga Reforestation project and the energy activities under GS5391 EcoMakala Virunga Energy project. Concerning the reforestation part of the project, the 8 first years of the project allowed to efficiently sequester more than 179,000 tCO2e in the trees planted thanks to the project. This massive sequestration corresponds to the annual carbon footprint of more than 21,300 European citizens[1]. The Energy part of the project (sustainable charcoal production and improved cookstoves distribution) is coming up to its third year of verification. Since September 2017, more than 5,000 improved cookstoves were sold in the city of Goma and more than 2,000 tons of sustainable charcoal were produced with wood sourced from the supervised plantations. In terms of voluntary emission reduction achieved by the project activity in two years, a total of 26,300 tCO2e have not been rejected in the atmosphere thanks to the sustainable charcoal production and the cleaner cookstoves.  This corresponds to the removal of +11,500 cars off the Belgian roads for one year[2]! The project will probably expand to other major city Butembo in North-Kivu.

Besides the beneficial effects on the environment, the project has other positive impacts. It contributes to the limitation of the deforestation of the Virunga National park, well-known for its invaluable biodiversity and its resident gorillas. The sales of the sustainable charcoal and the cookstoves generate new incomes and jobs for the local people. Moreover, the combustion of the charcoal used in the cookstoves during the meal preparation produces far less smoke than the traditional cooking methods, reducing the respiratory problems of the households.

The EcoMakala program is well established in the North-Kivu region and well received by the local communities, we can’t wait to share with you the further developments of the project ! 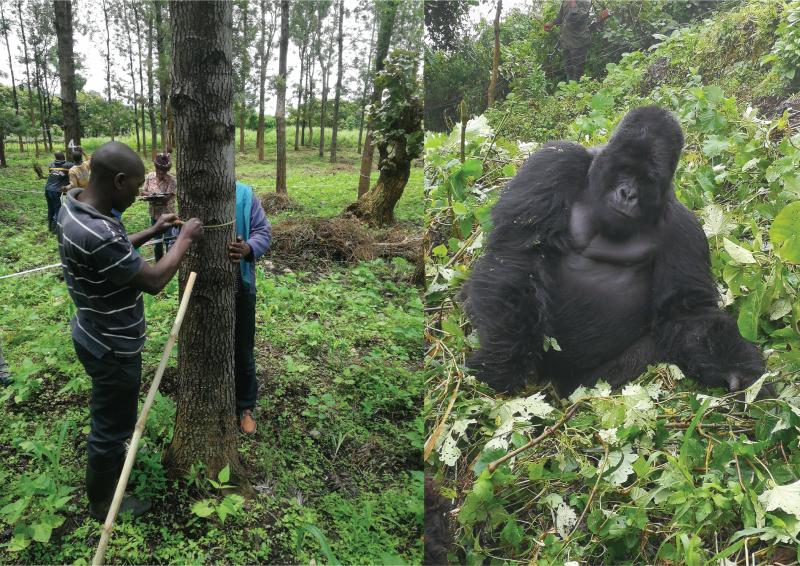