The global numbers are in, and 2019 was the 2nd warmest year on record—wrapping up the hottest decade ever recorded. The past five years have been the hottest five on record for the second year running. 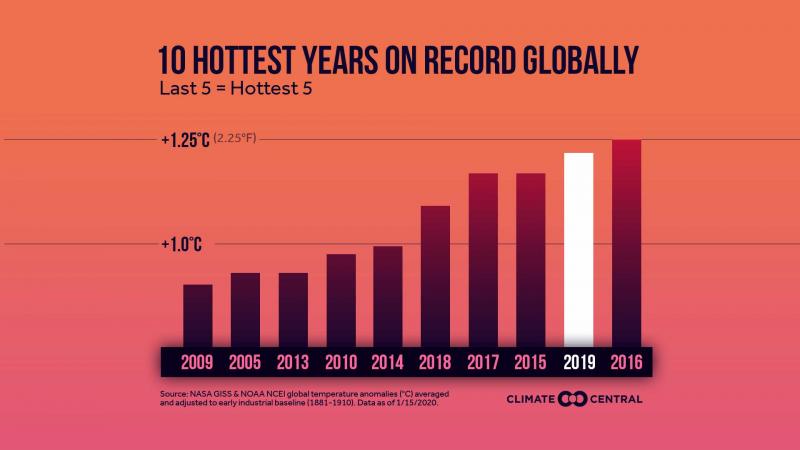 The 2016 Paris Agreement set a commitment to keep the global average temperature well below 2°C (3.6 °F) above pre-industrial levels. In order to examine 2019 global temperatures in the context of this goal, we compare them to an earlier 1880-1910 baseline. While it’s important to note that a warming world will have year-to-year variations due to natural variability (so not every year will be warmer than the one before) 2019 was 1.22°C (2.19°F) above the pre-industrial baseline temperature. 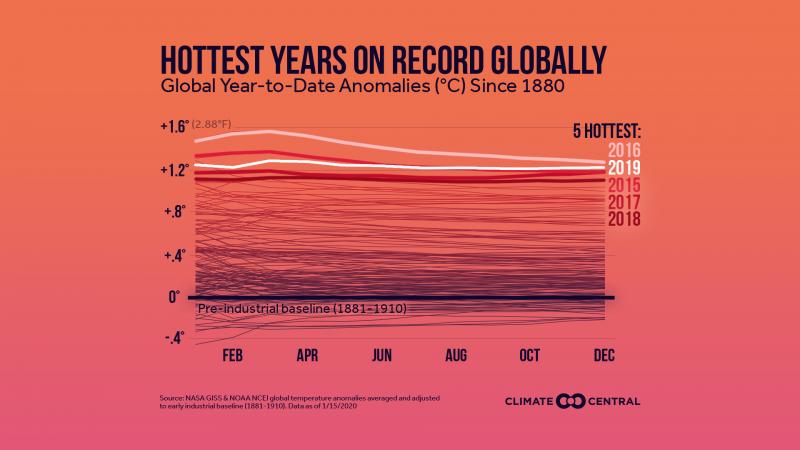 Seemingly small increases in long-term average temperatures lead to a rise in the number of extremely hot days. Heat waves in June and July toppled many all-time high temperature records across Europe, with July 2019 being declared the hottest month ever recorded on earth. This kind of record-breaking heat poses substantial risks to human health—particularly to the most vulnerable members of society. A recent study found that summer heatwaves resulted in almost 900 extra deaths in England alone. 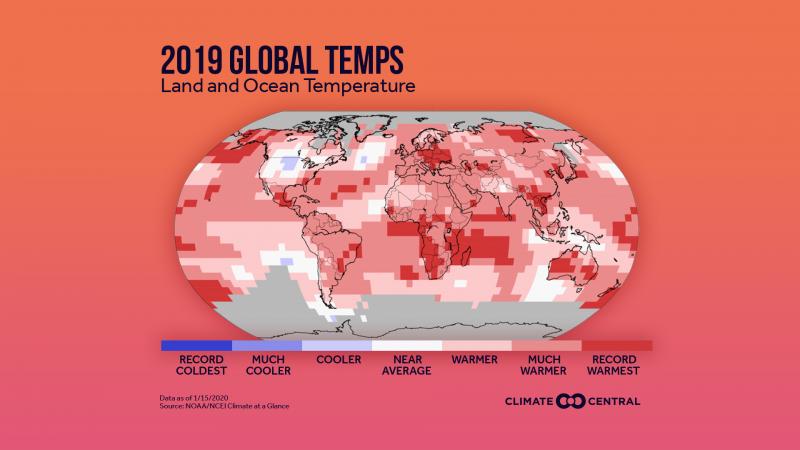 Warmer temperatures can have a range of other impacts, such as melting ice, extreme flooding and drought. Higher temperatures can also increase the risk of wildfires, which flared up across the globe from closer to home in Alaska and California, to Siberia and Indonesia. Australia experienced its hottest and driest year on record, contributing to the devastating wildfires. Estimates of the area burned vary from 15 million to 27 million acres. 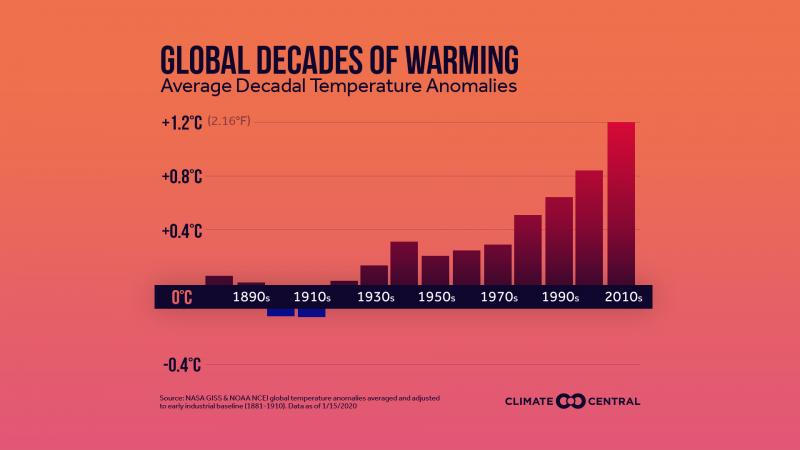 To keep warming below 2°C will necessitate a global effort to drastically reduce emissions. The IPCC  report stated that to limit warming to 1.5°C would require roughly halving emissions by 2030. Leaving behind the warmest decade on record reminds us of the challenge ahead, but also of the opportunity in the years to come.

METHODOLOGY: Calculations of average annual global temperature are performed independently at NASA and NOAA. Small differences in their calculations arise as NASA’s calculations are extrapolated to account for polar locations with poor station coverage, while NOAA relies more heavily on the polar station data. Climate Central compares temperatures to an earlier 1880-1910 baseline to assess warming during the industrial era.

Read the original article at climatecentral.org